On August 12, 2014, NAPO’s Executive Director, Bill Johnson, sent the attached letter to NFL Commissioner Goodell regarding the League’s policy of not allowing qualified off-duty officers to carry their concealed firearms at games and events, even though the NFL allows private security guards to be armed at those same venues.  Copies were also sent to the commissioners of the NBA, NHL, MLB, and the CEO of the National 9/11 Museum in New York, which also has such a policy.

NAPO will keep our members updated on the status of this initiative.  If you have any questions about NAPO’s position, please contact Bill Johnson at:  bjohnson@napo.org.

On August 15, 2014, NAPO sent the attached letter of support for the Synthetic Abuse and Labeling of Toxic Substances (SALTS) Act of 2014 (H.R. 4975), sponsored by Congressman Mac Thornberry (R-TX).  The bill was introduced on June 25, 2014 as the House companion to Senators Amy Klobuchar (D-MN), Lindsey Graham (R-SC), and Dianne Feinstein’s (D-CA) bill, which NAPO decided to support in August 2013.

The SALTS Act will address the growing problems associated with synthetic drugs.  There have been reports from states around the country of people acting violently while under the influence of these drugs, leading to deaths or injuries to themselves and others. While taking these drugs, people can experience elevated heart rates and blood pressure, hallucinations, seizures, and extreme agitation.  By making it easier to prove that synthetic drugs are intended for human consumption, this legislation will help law enforcement in their efforts to get these drugs off the streets and out of stores.

NAPO looks forward to continuing to work with Congressman Thornberry and his staff to pursue the passage of this bill.  If you have any questions about this legislation, please contact Melissa Nee at:  mnee@napo.org.

On July 22, 2014, the National Law Enforcement Officers Memorial Fund issued a new report stating that 67 officers have been killed in the line of duty during the first half of 2014—a 31 percent increase over the same period last year.

Of these 67 officers, 26 were killed in traffic-related incidents; 25 were killed by gunfire; and 16 died due to job-related illnesses and other causes.  The following includes details from the report:

“We had seen significant declines in officer fatalities the last two years, so the spike in deaths this year is particularly alarming,” declared NLEOMF Chairman and CEO Craig W. Floyd.  “The sharp rise in officers killed by gunfire—many in ambush-style attacks—as well as a significant increase in fatal on-duty heart attacks reminds us that much more work needs to be done to improve officer safety and wellness.”

This report illustrates the importance of NAPO’s unrelenting efforts to pass legislation to keep our officers safe, including the National Blue Alert Act and the Bulletproof Vest Partnership Grant Program Reauthorization Act.  We hope our members will continue to work with us to pursue the passage of these important bills.

Personnel from the Center for Disease Control and Prevention (CDC)/National Institute for Occupational Safety and Health (NIOSH) have shared the following studies involving law enforcement and noise hazards, which have been conducted through the Health Hazard Evaluation (HHE) Program:

NIOSH investigators evaluated noise exposures that Utah Highway Patrol troopers are exposed to at work in the following study:  http://www.cdc.gov/niosh/hhe/reports/pdfs/2003-0094-2919.pdf.

NAPO continues to participate in National Occupational Research Agenda (NORA) Public Safety Sector Council meetings, and will keep our members updated on relevant studies, such as the evaluations highlighted above.  If you would like further information on the reports above, please contact Melissa Nee at:  mnee@napo.org. 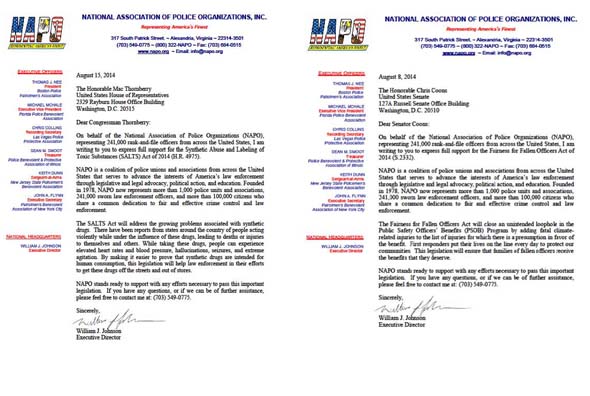