On April 1, 2014, President Obama signed into law a demonstration project of U.S. Senator Debbie Stabenow's (D-MI) Excellence in Mental Health Act. Senator Stabenow's bipartisan legislation, introduced with Senator Roy Blunt (R-MO), expands access to community mental health services and strengthens the quality of care provided for those living with mental illness. "Today is the last step in enacting this landmark advance in community mental health funding, but it's just the first step on the road to making this program a reality in communities across the country," said Stabenow. "I look forward to working closely with the administration as they select and implement the demonstration projects funded by this legislation."

NAPO has been relentless in its support of the Excellence in Mental Health Act since the bill was introduced.  In meeting after meeting with Senators, Representatives, and their staff, NAPO has emphasized our strong support of the bill.  NAPO also coordinated carefully with Senator Stabenow’s staff to ensure the passage of this legislation.  We are pleased that these efforts led to the passage of the demonstration project of the Excellence in Mental Health Act, and look forward to continuing to work with Senator Stabenow and her staff in the future.  This is part of NAPO’s ongoing commitment to improve access to mental health treatment in the United States.  This improvement will lead to greater safety for law enforcement officers, and also provide more options for officers to utilize when they are dealing with citizens with a mental illness..

Members of law enforcement have seen their resources increasingly diverted from public safety in order to address unmet mental health needs. Moreover, the essential public safety net for mental health services has been decimated by years of funding cuts. This legislation helps to close the gaps in the nation’s safety net and reinvest in community-based mental health care.

The version of the legislation, included in the Protecting Access to Medicare Act, establishes pilot programs in eight states to increase access to community mental health centers and improve the quality of care at those centers. Those programs could then be extended to other states.

If you have any questions about this legislation, please contact Melissa Nee, at mnee@napo.org.

On April 4, 2014, NAPO attended a House Appropriations Subcommittee on Commerce, Justice, Science, and Related Agencies hearing, where Attorney General Eric Holder provided testimony.  The hearing focused on a discussion of the President’s Fiscal Year 2015 Budget for the U.S. Department of Justice.  During his testimony, AG Holder noted:

“As we move forward, I am eager to work with this Subcommittee, and with the entire Congress, to secure the timely passage of the President’s budget request – which provides a total of $27.4 billion in discretionary resources for the Department of Justice, including $25.3 billion for vital federal programs and $2.1 billion for discretionary state, local, and tribal assistance programs.  This support will be essential to ensuring that we can continue to protect the American people and strengthen our criminal justice system.”

The $27.4 billion in discretionary funding for the Department of Justice represents a 1% increase from the Fiscal Year 2014 request.  This funding will be used to fund core law enforcement needs, safe and secure prisons, and other Federal, State, and local programs.

NAPO will continue to advocate for funding of vital law enforcement programs, including the Community Oriented Policing (COPS) Program and the Byrne-Justice Assistance Grant (Byrne-JAG) Program.  We will keep our members updated as the appropriations process moves forward. 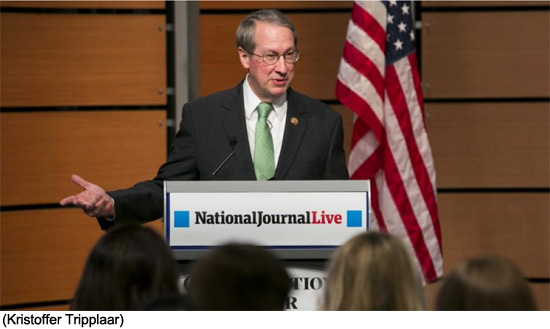 On April 3, 2014, NAPO attended the following National Journal event:  “Conversations with the Chair:  Representative Bob Goodlatte (R-VA).”  Congressman Goodlatte is the Chairman of the House Judiciary Committee, which is at the forefront of some of the most significant policies up for debate in 2014.  During his keynote address, Chairman Goodlatte highlighted the bipartisan Overcriminilization Task Force, which was created by the Judiciary Committee to address growing issues in the criminal justice system.  The Chairman explained that the Judiciary Committee will build upon the Task Force’s work, and examine ways to address issues within the criminal justice system in the coming year.

NAPO will continue to engage the Chairman and other Judiciary Committee members to ensure our priorities remain at the top of the Committee’s agenda.

On March 31, 2014, NAPO participated in the first committee meeting on the 20th Annual Blue Mass.  The Blue Mass is held each year at the beginning of National Police Week at St. Patrick’s Catholic Church in Washington, D.C.  Representatives of Federal and local law enforcement and public safety agencies from the Washington, D.C. metropolitan area attend the Blue Mass to pray for those in law enforcement and fire safety, remember those who have fallen, and support those who serve.  This year’s Blue Mass is scheduled for Tuesday, May 6, 2014, at 12:10pm.  (The flyer is attached to this report for your review).

NAPO has been a member of the Blue Mass steering committee for the past thirteen years.  This past week’s meeting focused on the logistics of the upcoming event.  The next Blue Mass committee meeting is scheduled for April 23rd.  We will continue to keep our members updated on this event.

Please help NAPO with our efforts to increase the number of Senators who sign on to Senator Al Franken’s Dear Colleague letter (attached), which supports the Mentally Ill Offender Treatment and Crime Reduction Act (MIOTCRA).

This program provides states and local governments with resources to plan and implement initiatives for people with mental disorders involved in the criminal justice system in order to increase public safety, reduce state and local spending, and improve the lives of people with mental illnesses and their families.

MIOTCRA supports innovative programs that bring together mental health and criminal justice agencies to address the unique needs of persons with mental health conditions.  It funds crisis intervention teams, which give law enforcement officers the resources and training they need to identify and respond to mental health crises in their communities.

We need you to contact your members today to ensure these programs remain intact.  If you have any questions about the “Dear Colleague” letters or the grant programs, please contact Melissa Nee at:  mnee@napo.org. 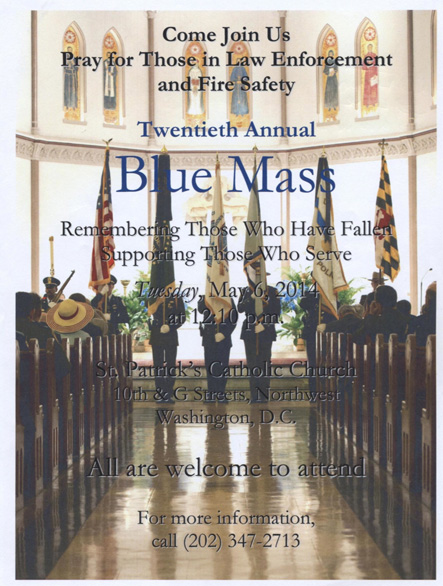