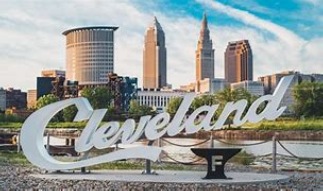 Join us for NAPO’s 44th Annual Convention. Participate in setting NAPO’s legislative priorities for the 118th Congress.  Learn from presentations by prominent law enforcement figures about the latest developments in police policies and services and help determine NAPO’s path forward.

The 44th Annual Convention will be held at the iconic downtown Cleveland hotel, Metropolitan at The 9, part of Marriott’s Autograph Collection. The luxury hotel is located on East 9th Street, walking distance to all city attractions and urban dining.

When not attending the Convention Business Sessions Cleveland offers something for everyone…. Rock & Roll Hall of Fame, The Children’s Museum, Great Lakes Science Center, boating & fishing on Lake Erie and a wide choice of breweries, trendy restaurants & pubs.

Very Special Thanks to Tom Austin and the Ohio Patrolmen’s Benevolent Association for sponsoring many of the convention’s events.  Without their financial support and tireless efforts, many of the events simply would not have been possible!

For registration and information including hotel reservations, transportation discounts andupdates to the meeting agenda and planned activities check out NAPO’s Convention webpage:

The House passed the Securing a Strong Retirement Act, its bill to help Americans successfully save for a security retirement, on March 29, and the Senate Finance Committee marked up and approved its version, the Enhancing American Retirement Now (EARN) Act, on June 22.  The leadership of the House Ways and Means Committee and the Senate Finance Committee have begun informal talks over what will be in the final retirement package while the Senate prepares to vote on its bill. Once the Senate passes the EARN Act, the House and Senate will formally reconcile the differences between the two bills.

Three of NAPO’s priority retirement provisions were included as part of the EARN Act: Putting First Responders First Act, Police and Fire Health Care Protection Act, and Protecting Public Safety Employees' Timely Retirement Act. The Putting First Responders First Act was also included in the Securing a Strong Retirement Act.  As these provisions were all incorporated in the Senate bill, we are reaching out to Ways and Means Committee leadership and members urging them to support the inclusion of these first responder related provisions in the final negotiated retirement package.

The Putting First Responders First Act, as included in both the EARN Act and Securing a Strong Retirement Act, would exclude certain disability-related first responder retirement payments from gross income. This provision provides significant tax relief to those who have been disabled serving their country and communities. The EARN Act, importantly, would accelerate its effective date from 2027 to the taxable years after the date of enactment.

The EARN Act also includes the Police and Fire Health Care Protection Act, which would repeal the direct payment requirement from the HELPS Retirees provision of the Pension Protection Act of 2006, which allows eligible retired public safety officers to exclude from gross income up to $3,000 annually to pay for qualified health insurance or long-term care premiums. Since its enactment, we have found that the direct payment requirement has proven administratively infeasible for many governmental retirement plans. By repealing this requirement, it would make it easier for plans to execute the HELPS Retirees provision and ensure more public safety retirees can take advantage of this vital benefit.

Lastly, the EARN Act includes the Protecting Public Safety Employees' Timely Retirement Act, which would modify the eligible age for the exemption from the retirement plan early withdrawal penalty for public safety officers. It would establish the age eligibility at age 50 or 25 years of service under the plan, whichever is earlier.  This would protect many public safety retirees from being penalized for withdrawing their rightfully earned retirement funds after reaching their prescribed normal retirement age.

As the House and Senate Committees begin talks to negotiate the differences between their two bills, NAPO is working closely with the sponsors of our priority retirement provisions, Senators Steve Daines (R-MT), Sherrod Brown (D-OH), and Pat Toomey (R-PA) and Representatives Abigail Spanberger (D-VA) and Steve Chabot (R-OH), and committee staff to ensure their inclusion in the final package.  This is considered priority legislation and is expected to pass before the end of the year.

NAPO continues to work to get the Public Safety Officer Support Act unstuck in the Senate and moving toward final passage. We are meeting with the offices of Republican members of the Senate Judiciary Committee to ask them to support and sign on as cosponsors of the bill. We are also spearheading a joint stakeholder letter to Senate leadership urging them to expeditiously take up either the bill that passed the House on May 18 by an overwhelming vote of 402-17 or the version that was unanimously approved by the Senate Judiciary Committee on May 26, without amendment.

The Public Safety Officer Support Act, sponsored by Senators Tammy Duckworth (D-IL) and John Cornyn (R-TX) and Representatives David Trone (D-MD) and Guy Reschenthaler (R-PA), would make post-traumatic stress disorder (PTSD) a line of duty injury under the Public Safety Officers’ Benefits (PSOB) Program and ensure that officers who suffer from PTSD and those who take or attempt to take their own life as a result of on-duty trauma will be eligible under the program.  The bill would also cover officers who die by trauma-linked suicide by directing the PSOB Program to presume that suicides are a result of job duties in certain circumstances, such as a mass casualty event, where there is evidence that PTSD would be caused by the trauma.

This legislation is supported by the entire law enforcement community, 53 state and territorial attorneys general, and 20 mental health organizations, including the American Psychological Association, the National Association of State and Mental Health Program Directors, and the American Foundation for Suicide Prevention. Yet, despite this broad backing by the public safety community and the mental health community as well as large bipartisan support in both the House and Senate, it still faces opposition from the Fire Chiefs. We are unsure how one small section of the public safety community can hold up a bill that has such widespread support, but they have found an important ally in the Senate who is working with them to obstruct movement of the bill.

We will continue to work with Senators Duckworth and Cornyn and Judiciary Committee staff to overcome all hurdles to moving this important bill to the Senate floor for a vote.

On September 15, 2021, Associate Attorney General Vanita Gupta issued a memorandum directing the Civil Rights Division to review the implementation and enforcement of Title VI of the Civil Rights Act and nondiscrimination provisions of the Omnibus Crime Control and Safe Streets Act for federal grantees. According to the DOJ, the intent of the review was to ensure that the Department is providing sufficient oversight and accountability in ensuring that recipients of grants from the Office of Community Oriented Policing Services (COPS), the Office of Justice Programs (OJP, which includes the Bureau of Justice Assistance), or the Office of Violence Against Women (OVW) are not discriminating against any person based on color, race, national origin, sex or religion.

As a result of the review, Associate Attorney General Gupta issued another memorandum to Department components directing them to take a number of actions to change the Department’s implementation and administrative enforcement of Title VI and the Safe Streets Act, including:

Regarding the establishment of an electronic platform for the public to file complaints, NAPO notes that the memo – in a footnote – states that “[w]hile anonymous complaints may not be a sufficient predicate for individual complaint investigations, they may be useful when the Department is conducting compliance reviews or investigating whether a recipient is engaging in a pattern or practice of discrimination”.

During the review process, NAPO participated in one of the stakeholder listening sessions in which we expressed our view that as Title VI mandates voluntary compliance, these enforcement efforts should not be treated by the Department as pattern and practice investigations. There must also be engagement at the beginning of the process with the department and agency, particularly with rank-and-file officers.

NAPO hopes that the Department will listen to our concerns and the interests of the law enforcement community when deciding on how it will investigate Title VI civil rights complaints against grantees and work with the grantees to help them comply rather than use this process to punish them. 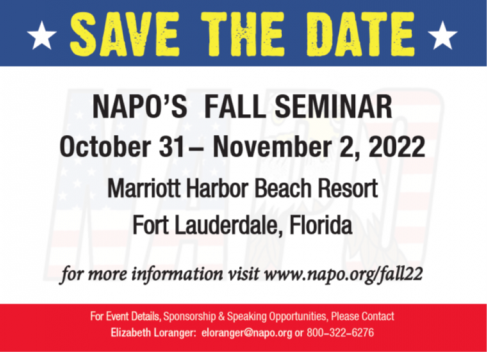