Over the past week, NAPO has met with senior staffers for Senator Joe Donnelly (D-IN), Congressman Bill Pascrell (D-NJ), and Congresswoman Carolyn Maloney (D-NY).  (Congressman Pascrell is the co-chairman of the House Law Enforcement Caucus.  NAPO continues to maintain a close relationship with the Congressman and his staff).  NAPO used the meeting to outline our top legislative priorities, which include the following initiatives:

NAPO appreciated the opportunity to meet with each of the staffers, and looks forward to working them in the future.  If you have any questions about any of the issues summarized above, please contact Melissa Nee at:  mnee@napo.org.

On October 7, 2014, NAPO met with Congresswoman Carolyn Maloney’s (D-NY) Legislative Director and a fellow law enforcement stakeholder to discuss ways to move the James Zadroga 9/11 Health and Compensation Reauthorization Act forward.  (Congresswoman Maloney is the sponsor of the Zadroga bill).

The Zadroga bill’s two critical programs providing medical treatment and compensation for 9/11 heroes – the World Trade Center Health Program and the September 11th Victim Compensation Fund – are set to expire in October 2015 and October 2016 respectively. This bill would continue these programs for 25 more years, through 2041.

9/11 responders and survivors are still battling serious health crises resulting from exposure to the toxins at Ground Zero. More than 30,000 9/11 responders and survivors have an illness or injury caused by the attacks or their aftermath, and over two-thirds of those have more than one illness. Many are disabled and can no longer work. They are suffering from a host of chronic diseases: asthma, obstructive pulmonary disease and gastroesophageal reflux disease, and many more.

Medical research has identified more than 60 types of cancer caused by 9/11 toxins. More than 2,900 people have been diagnosed with cancers caused or made worse by the aftermath of the attacks - more than 800 New York Fire Department members and more than 550 New York Police Department personnel are struggling with serious 9/11-related illnesses, not including the more than 70 firefighters and 60 NYPD officers who have died from their 9/11-related illnesses.

Responders came from all over the country to aid in the response to the attacks. And some area residents, workers and survivors have since moved and are currently receiving care in cities and states across the country. Participants enrolled in the World Trade Center Health Program for treatment currently reside in all 50 states and in 429 of the 435 Congressional districts in the country.

These heroes put their lives on the line to serve us, and must be afforded every resource available as they cope with chronic health conditions caused by exposure to toxic chemicals at the World Trade Center. The bill will also honor those who made the ultimate sacrifice to protect our nation.  James Zadroga, a New York City Police Department Detective and member of NAPO, died of respiratory disease caused by his exposure to toxic chemicals at Ground Zero.  It is our obligation and duty to remember these heroes and ensure that survivors who risked their lives to protect us continue to receive the treatment and compensation that they deserve.

NAPO’s letter of support for the bill is available at the following site:  https://www.napo.org/files/3114/1141/1197/NAPO_Supports_the_James_Zadroga_9-11_Health_and_Compensation_Reauthorization_Act_6.pdf

NAPO looks forward to working with members of Congress and key law enforcement stakeholders to pass this important legislation.  If you have any questions about this bill, please contact Bill Johnson at:  bjohnson@napo.org.

NAPO Pursues Passage of Justice for Victims of Trafficking Act

On October 8, 2014, NAPO sent letters to over 60 Senators requesting they support the Justice for Victims of Trafficking Act.  (The letter is attached to this report for your review).  This bill, sponsored by Senator John Cornyn (R-TX), was passed by the Senate Judiciary Committee on September 18, 2014 as an amendment.  This legislation will boost support for and protection of victims of human trafficking by increasing law enforcement resources, enhancing victims’ services, and increasing penalties in an effort to combat child sex trafficking, child pornography, sexual exploitation, and human trafficking.

NAPO has worked closely with Senator Cornyn’s staff to advance this bill, and plans to use the remaining days of this Congress to continue to pursue the passage of this bill.

Today’s public safety practitioners are becoming increasingly aware that they need to use a special operational approach when encountering an individual with known mental health issues.  Public safety officials are constantly seeking new, innovative ways to improve their interaction to ensure everyone remains safe and secure. On October 9, 2014, NAPO participated in the following webinar, which addressed this topic:  “A Comprehensive Approach to Addressing Mental Health Situations.”

The first half of the webinar discussed how Arizona has coordinated several grant programs to improve the quality, timeliness, and immediate accessibility of criminal history records and related information, with an emphasis on providing data for purposes of responding to the National Instant Criminal Background Check System (NICS) queries handled by the FBI.  Arizona has taken a comprehensive approach to improve reporting to the various systems.

In the second half of the webinar, the presenters discussed the comprehensive approach from training to operations that have been developed by the Tucson Police Department and the Pima County Sheriff's Department to address mental health concerns in their community. The Mental Health Teams of these Departments continue to develop progressing strategies to connect citizens to the services they need while improving public safety.

This webinar included highly respected subject matter experts in the field, including the following individuals:

If you have any questions about this webinar, please contact Melissa Nee at:  mnee@napo.org.

“It is fully possible to permit law enforcement to do its job while still adequately protecting personal privacy,” Holder said at a conference on child sexual abuse, according to a text of his prepared remarks. “When a child is in danger, law enforcement needs to be able to take every legally available step to quickly find and protect the child and to stop those that abuse children. It is worrisome to see companies thwarting our ability to do so.”

In his comments, Holder became the highest government official to publicly chastise technology companies for developing systems that make it difficult for law enforcement officials to collect potential evidence, even when they have search warrants. Though he didn’t mention Apple and Google by name, his remarks followed their announcements this month of new smartphone encryption policies that have sparked a sharp government response, including from FBI Director James B. Comey last week.

Federal, state and local law enforcement officials have complained loudly that the companies are undermining efforts to fight crime, including terrorism. Apple’s newest mobile operating system, iOS 8, is so thoroughly encrypted that the company says it cannot unlock iPhones or iPads that use it. Google’s Android operating system plans to begin using encryption automatically, for all users unless they specifically opt out, in a version to be released in October. (It will take months or years for that feature to reach most Android users.)

Company officials have said stronger encryption better protects the privacy of users by toughening the security of the devices against a wide range of intrusions, by governments, criminals or curious hackers. American technology companies have been particularly eager to demonstrate their commitment to user privacy in the aftermath of the revelations by former National Security Agency contractor Edward Snowden, detailing the extensive reach of government surveillance. Apple and Google did not respond to requests for comment Tuesday.

Holder was speaking to the Global Alliance Against Child Sexual Abuse Online, meeting in Washington, when he raised the issue of preserving government access to electronic devices.

“Recent technological advances have the potential to greatly embolden online criminals, providing new methods for abusers to avoid detection,” Holder said. “In some cases, perpetrators are using cloud storage to cheaply and easily store tens of thousands of images and videos outside of any home or business – and to access those files from anywhere in the world.  Many take advantage of encryption and anonymizing technology to conceal contraband materials and disguise their locations.”

He called on companies “to work with us to ensure that law enforcement retains the ability, with court-authorization, to lawfully obtain information in the course of an investigation, such as catching kidnappers and sexual predators.”

Even with the new forms of encryption, government officials maintain access to several sources of data related to the use of smartphones, including the records of calls and texts kept by cellular carriers and the device backups that most smartphones make on remote cloud services, such as Apple’s iCloud. Police with search warrants also are free to use third-party tools to try to crack the encryption on smartphones or other devices. Courts can potentially order users to furnish passcodes that will unlock devices as well. 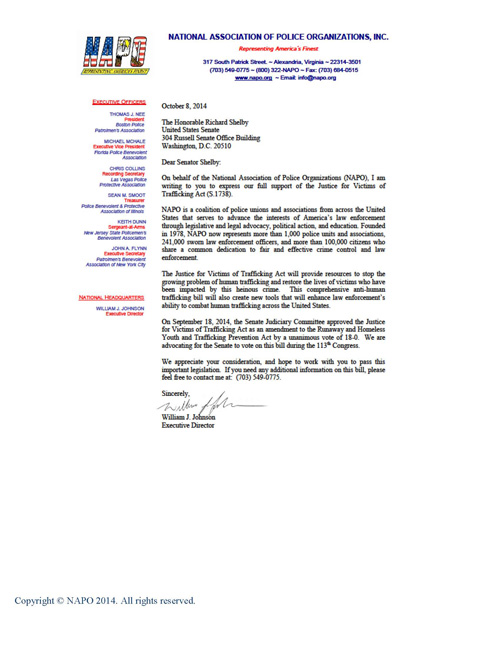