NAPO participated in a listening session with staff from the White House Domestic Policy Counsel and the White House Counsel’s Office on the issue of violent crime on February 17. Specifically, the staff wanted to hear how the Administration can best support state and local law enforcement in our fight against violent crime. This listening session came three weeks after a meeting NAPO Executive Director Bill Johnson participated in with the Attorney General and U.S. Department of Justice leadership on violent crime and criminal justice and police reforms.

NAPO reiterated our frustration regarding bail reforms and progressive prosecutors releasing criminals out of prison, many of whom quickly recidivate and are rearrested, and the impact that is having on violent crime.  We made the point that police officers do not want to be sent out to enforce laws that prosecutors are not willing to prosecute.  We cannot keep letting criminals out of prison, refuse to hold violent offenders without bail, and decline to prosecute certain crimes without expecting violent crime rates to rise in our communities.  Officers are frustrated and demoralized when they continue to put themselves in harm’s way to arrest the same criminals over and over.

NAPO believes that the Administration and the Department of Justice can support state and local law enforcement who are struggling with progressive prosecutors who decline to prosecute violent crimes to the fullest extent of the law.  An example of why such support is necessary is the case of Los Angeles Police Officer Fernando Arroyos who was gunned down by four gang members. Los Angeles District Attorney George Gascon refused to prosecute the cop-killers, so Los Angeles County Sheriff Alex Villanueva went straight to the U.S. Attorney’s Office in Los Angeles asking them to prosecute the gang members, who are now facing serious federal charges. The Attorney General can set the tone for the Department and let U.S. Attorneys across the country know that the Department will prioritize protecting state and local law enforcement by aggressively prosecuting violent crimes against officers.

We also mentioned the concern that many of the individuals being placed or nominated as U.S. Attorneys do not have law enforcement backgrounds and that impacts their relationship with law enforcement as they try to work together to address violent crime in our communities. State and local law enforcement must be seen as partners, with collaboration and cooperation in the fight against crime.

NAPO also highlighted the need for additional funding and supports for under-resourced and understaff law enforcement agencies, who are fighting to contain the violent crime scourging our cities. The Administration staff asked how it can help law enforcement agencies understand that funding from the American Recovery Act can be used for premium pay or bonuses to retain qualified officers, hire additional officers, and overtime costs.  NAPO agrees that this funding is important, and we encourage all of our members to take advantage of it. However, understanding the Treasury Department rules and regulations around accessing and using the funding is onerous and an obstacle to departments pursuing it. If the Administration wants to claim it has provided additional funding for law enforcement, it must ensure access to it and prioritize it.

NAPO also raised the Police Corps Program, established by the 1994 Violent Crime Control and Law Enforcement Act, which provided a career pathway and scholarships for individuals wanting to become law enforcement officers. This program was closed down around 2006, but we believe that, if resurrected, it could be an important resource to help recruit and retain educated and well-trained officers.

NAPO appreciates the open lines of communication with the White House and the Domestic Policy Council and the opportunity to address these pressing issues with them. We stand ready to work with the Administration to support our officers on the streets as they work to serve and protect our communities.

If you are a NAPO member and interested in learning more about the American Rescue Plan funding available to state and local law enforcement or how to access it, please contact NAPO’s Director of Governmental Affairs, Andy Edmiston, at aedmiston@napo.org or (703) 549-0775.

Senator Daines asked Erin Collins, National Taxpayer Advocate for the IRS, who testified at the hearing, whether she thought the Putting First Responders First Act would help with this issue, to which she unequivocally answered yes. Senator Daines then used his remaining time to call on the Committee to take up this bill. NAPO followed up on the Senator’s call to action and sent a letter to Senate Finance Committee Chairman Ron Wyden (D-OR), Ranking Member Mike Crapo (R-ID) and members of the Committee urging them to take up and approve the Putting First Responders First Act as part of its efforts to improve IRS services.

By codifying the Revenue Ruling, the Putting First Responders First Act would clarify the ruling and help ensure first responders’ injury-related compensation is tax-exempt. This legislation would also make the tax-exempt status of the compensation permanent. This is most important for the service-related disability compensation that is determined by reference to an individual’s age, length of service, or contributions. Currently, that injury-related compensation becomes taxable once the first responder reaches their original retirement age, which places a large financial burden on officers who have been living on a limited income.  Providing permanent tax relief for those who were disabled serving their country and communities is the right thing to do to honor their sacrifice.

NAPO thanks Senator Daines for his continued support and efforts to preserve the financial security of those officers disabled in the line of duty. 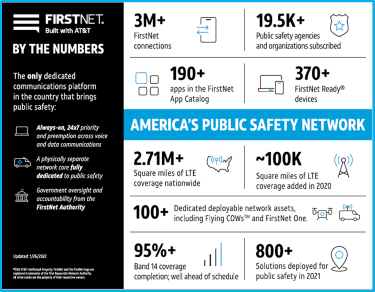 The Blue Alert Advisory Group, of which NAPO is a member, in conjunction with the Justice Department’s Community Oriented Policing Services (COPS) Office, convened on February 17 to discuss the Network’s continued work to establish Blue Alert systems in all 50 states.  COPS Acting Director Rob Chapman lead the meeting.

Currently, thirteen states and Washington, D.C. do not have Blue Alert networks. Getting Blue Alert plans up and running in all 50 states is a priority for NAPO as it ensures the National Blue Alert Network we fought so hard to get enacted as part of the Rafael Ramos and Wenjian Liu, National Blue Alert Act works efficiently and effectively to protect officers from harm.  The Act was named after NAPO members Officers Ramos and Liu, who were assassinated while sitting in their police cruiser on December 20, 2014.

The states that currently do not have active Blue Alert Networks are: Alaska, Arkansas, Hawaii, Louisiana, Massachusetts, Nebraska, Nevada, New Mexico, New York, Oregon, Pennsylvania, Wisconsin, and Wyoming.  NAPO members in many of these states have been instrumental in introducing legislation to create Blue Alert plans. NAPO, together with the COPS Office, stand ready to work with stakeholders in these states to help enact such legislation.  If you are interested in receiving information and resources on how to establish a Blue Alert plan or you wish to participate in the state-level working group, please contact the NAPO Office at (703) 549-0775 or info@napo.org.

In addition to updating Advisory Group members on the status of Blue Alert plans in the remaining thirteen states and the District of Columbia, Acting Director Chapman highlighted that the COPS Office received a significant funding increase in the President’s soon to be released Fiscal Year 2023 budget. He also discussed two videos that are in the works to help educate lawmakers and officials on the National Blue Alert Network and state-level Blue Alert plans.

Nine Blue Alerts have occurred in the past five months, including alerts in Ohio, Florida, Georgia, Oklahoma and Alabama. The ninth Blue Alert was issued briefly in Florida on February 23 after a suspect shot and gravely injured a Taylor County Deputy and fled the scene.  The Alert was canceled when the suspected shooter was later found shot and killed at the scene of a home invasion.

As violence against officers continues to rise, Blue Alerts are an essential resource to keeping our officers safe. Best practices and other Blue Alert resources collected from around nation, including examples of legislation, policies, forms, and a directory of state Blue Alert officials can be found on the National Blue Alert Network website.

This legislation would modernize and strengthen our nation’s criminal money laundering statutes to more effectively fight criminal organizations, drug traffickers and terrorists who are increasingly using sophisticated methodologies to smuggle, transfer and counterfeit money to pay for their operations. The changes this Act would make are vital to law enforcement’s efforts to crack down on these crimes and defeat organized crime syndicates that threaten the safety of our nation and our communities.