On November 30th, Johnson was quoted in a Washington Post article entitled, “Name of Ohio State officer who shot attacker released almost immediately. Is that right?”  The article discussed the varying views of when the name of an officer involved in a shooting should be publicly released. 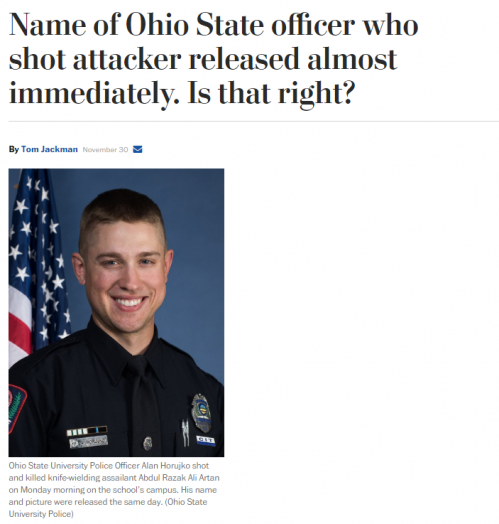 “Bill Johnson, executive director of the National Association of Police Organizations, noted that after Officer Wilson’s name and address were released in the Ferguson case, the officer and his family were harassed and had to move. ‘If the use of force is controversial,’ Johnson said, ‘that can lead to death threats against an officer and a family. There has to be some recognition of that on the part of police agency administrators.’

The full article is available online.

NAPO will continue to ensure our members’ voices are heard loud and clear on the Hill, with the Administration, and in the media. If you have any questions about the publication cited above, please contact Bill Johnson at: bjohnson@napo.org. 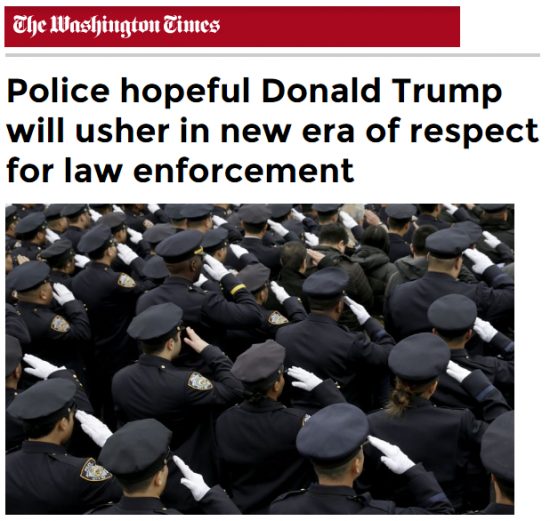 The article discusses how police across the country are hoping that under President Trump there will be stronger support for law enforcement and recognition of the difficult jobs officers do day in and day out. Johnson pointed out that who the President-elect nominates to fill certain key appointments will impact the relationship between the federal government and state and local law enforcement.

“Bill Johnson, executive director of the National Association of Police Organizations, said his group will be looking for strong allies within the Justice Department.

‘Whoever is in charge of the Civil Rights Division, they must have close and trusted relationships with police officers and agencies,’ he said. ‘The Obama administration failed miserably in that regard.’”

Johnson went on to state that the policies supported and advocated by the Trump Administration will also be key to changing the attitude towards our nation’s police officers.

“The National Association of Police Organizations is among those urging Mr. Trump to support legislation on a national level that would make the murder or attempted murder of a police officer a federal crime.

‘At one level it would send a powerful message that this president is saying this Justice Department is different — they stand up for the men and women of law enforcement,’ Mr. Johnson said. ‘Given the current climate and the tacit support by the administration of these violent protests, that would be a powerful change.’

Adding federal prosecutors to the equation would also bring resources beyond those of state or local attorneys, he said.”

The full article is available online. 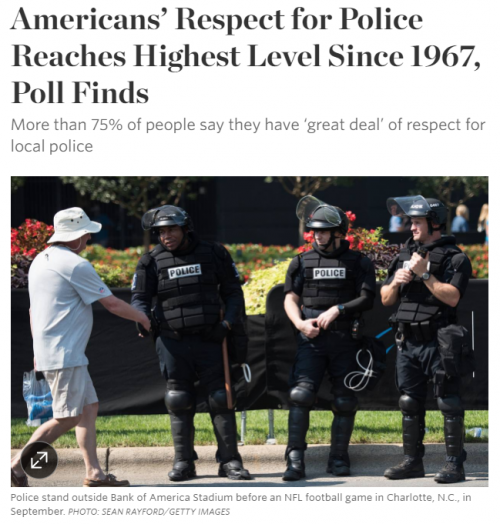 "We are extremely disappointed to see such a poorly thought-out statement. NAPO stands for the notion of individual responsibility, not collective guilt. Such appeasement of the violent anti-police movement is just one more nail in the coffin of American law enforcement. The people who support American police officers aren't looking for an apology. And for the people who hate the police it won't make any difference." 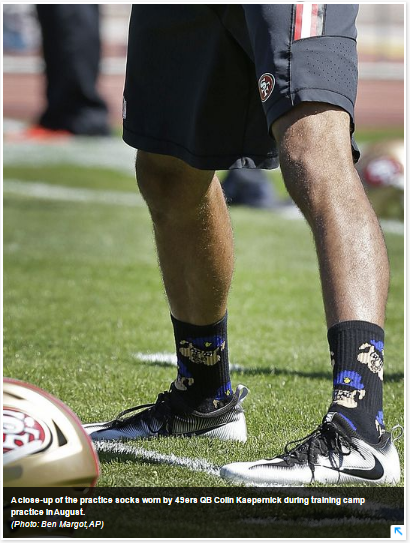 The executive director of one of the largest police organizations in the country blasted Colin Kaepernickand the NFL on Thursday after learning that during training camp practices in August, the San Francisco 49ers quarterback wore socks that bear the image of cartoon pigs wearing police hats.

“It’s just ridiculous that the same league that prohibits the Dallas (Cowboys) football club from honoring the slain officers in their community with their uniforms stands silent when Kaepernick is dishonoring police officers with what he’s wearing on the field," Bill Johnson, executive director of the National Association of Police Organizations (a coalition of police unions and associations from across the country), told USA TODAY Sports.

(The Cowboys’ plan to use a helmet decal as a tribute to the five police officers killed in July's sniper attack was denied by the NFL, according to a published report.)

“I think the league is in a downward spiral regarding their obligations to the public under (Commissioner) Roger Goodell," added Johnson, "and this is just another example of that."